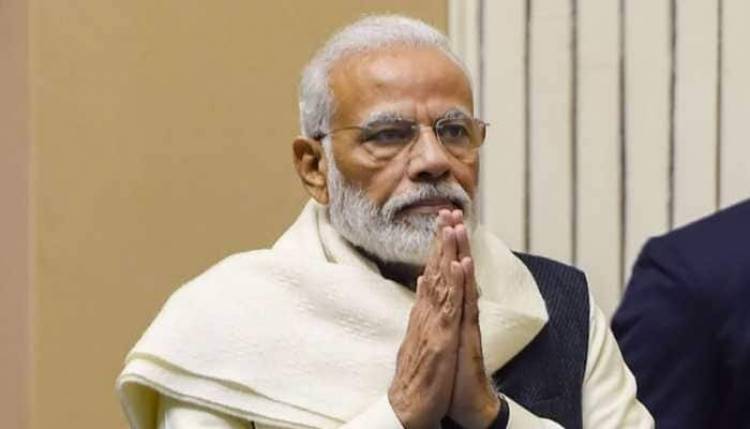 Prime Minister Narendra Modi, who will turn 72 on Saturday, has a packed schedule on his birthday. BJP has also planned several events for the special day.

New Delhi: Prime Minister Narendra Modi, who turned 72nd on Saturday, has a packed schedule for the day as various events have been planned - from releasing cheetahs in Madhya Pradesh`s Kuno National park to delivering important speeches at four events.

At the same time, BJP is also set with plans to make PM Modi`s birthday historic. While the party aims to create a record of maximum COVID-19 vaccine inoculations, it will also embark on 21-day "Seva and Samarpan" campaign.

Similar exhibitions will also be held in other states also.The announcements were made by party general secretary and MP Arun Singh who informed that the party would hold celebrations starting tomorrow till October 2.

"There will be exhibitions throughout the country on the life and leadership of PM Modi. Party president JP Nadda will inaugurate the exhibition at BJP headquarter and a similar type of exhibition will be there in other states too," he said while addressing the media.He said that the party will dedicate the Prime Minister`s birthday to the welfare of the poor in the form of a `Seva Pakhwada`.

"The celebration will be in three categories. First, Sewa, in which health camps, blood donation camps, vaccinations centres etc. Our workers will be on booths in these camps to help people in getting done their booster dose and health checkups," he said.

"PM Modi`s vision of TB-free India by 2025 will also be included in this. Our leaders and workers will adopt a patient for a year and keep a routine check on their health and need," Singh added.

The party will also carry out a cleanliness drive on the occasion along with planting trees.

Moreover, a large number of people send their wishes to Prime Minister Narendra Modi on his birthday using the NaMo App from where wishes can be sent to PM Modi by recording a video message or a photo that can be directly uploaded on the app.

NaMo App has added some special modules this year including a chance to include the entire family in one greeting and `Gift of Seva` which allows users to choose an area where they would like to take a pledge. The users will also be able to pick moments from PM Modi`s life that they most connect with from the virtual exhibition hosted on NaMo App and create a short video which can be shared on social media using the app.

NaMo app also brings to its users a specially created module where they can make micro-donations ranging from Rs 05 to Rs 100 for an initiative of their choosing.

Narendra Modi App, popularly known as the NaMo App, is a comprehensive repository of information and achievements in the context of India and the Prime Minister and makes for a one-stop solution to receive every update delivered directly to people through the smart device.

Each year, special modules are created that connect the people with each other and also, the Prime Minister.

The innovation this year is the NaMo app users will also get a chance to include their entire family in one greeting before they send it to the PM. A personalised e-card can be shared with every family member where they can add their message before finally uploading it to be sent to PM Modi.

Family at home, the one at worker`s booth, professional office family, class in school or neighbourhood, there can be a personalised e-card for every family.

Every year, a virtual exhibition on PM Modi`s life is hosted on the NaMo App that features the challenges he faced, the innovative ideas he used to overcome them and how he was instrumental to growth - first in Gujarat as the CM and then for India as the Prime Minister.

This year, using advanced technology, people will be able to pick the moments from PM Modi`s life that they most connect with and create a short video. This personalised video that every user may create will then be available to share on every social media platform - all using the same NaMo App.

This year a new module is being launched for NaMo App users including BJP workers on the occasion of Prime Minister Modi`s birthday, called `Gift of Seva`.

Users will be able to choose and pick an area where they would like to lend a hand and take a pledge.

Every pledge and every "seva" will be recorded using the NaMo App`s interactive and user-friendly interface which will go a long way in inspiring and motivating others to join the effort and strengthen New India`s resolve for progress and development.

NaMo App also brings to its users a specially created module where they can make micro-donations ranging from Rs. 05 to Rs. 1,00 for an initiative of their choosing.

Through the module, even those who may not get a chance to gift a Seva to the country physically on PM Modi`s Birthday can do so remotely.BJP workers and people can choose from several areas where they can make a micro-donation to strengthen the efforts being made in that direction. These include Swachh Bharat Mission, Beti Bachao Beti Padhao and Kisan Seva.