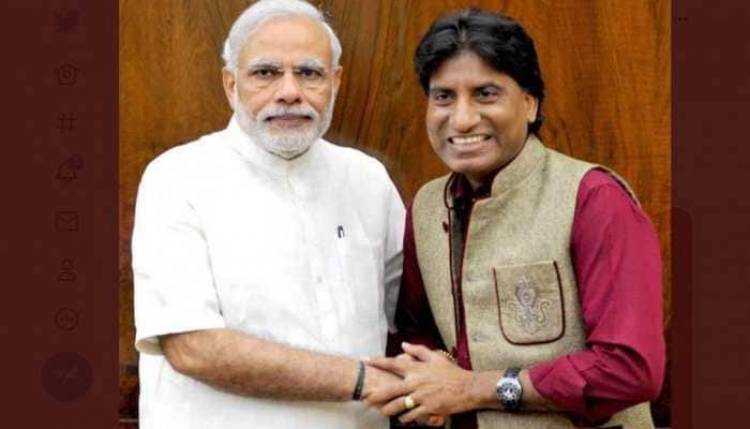 Raju Srivastava upon cancelling his show in Pakistan amid in the backdrop of Uri attack atmosphere, had said: "We cannot go to the border with guns. I have cancelled my show in Karachi, this is just a way to protest."

"Comedy comes from within, I won't be able to perform in Karachi (Pakistan) with a heavy heart," these were Raju Srivastava's words in the year 2016 when he was invited for a show in Pakistan. Many people wouldn't know - but more than politician Raju Srivastava was a TRUE NATIONALIST. The actor-comedian, upon cancelling his show in Pakistan amid in the backdrop of Uri attack atmosphere, had said: "We cannot go to the border with guns. I have cancelled my show in Karachi, this is just a way to protest."

Not to be named, but there are many artistes, who choose to perform even over national interest. However, Raju Srivastava was not like that. On many ocassions, Raju Srivastava chose nation over hefty sums of money.

Raju Srivastava, who hailed from UP's Kanpur, even joined politics to serve the nation. He ventured into politics in 2014 from the Samajwadi Party (where he was even named the Lok Sabha candidate from Kanpur) but later joined the Bhartiya Janta Party (BJP) same year in a gap of few days.

He even received treats from Pakistan for his tough, non-compromisable stance on nationalism. He spoke openly against Pakistan and cross-border terrorism. In a conversation with Zee News, Srivastava talked about the threats he is getting from Pakistan.

Raju Srivastav said, "These days I am getting death threats and derogatory words are used against my family. But we are not scared of these things, I feel proud to be born in a Hindu Rashtra."

Adding more, he said, "Jo Ram Ka Nahi Vo Kisi Kaam Ka Nahi" (He, who does not belong to Lord Rama, is of no use).

Earlier, in 2010, reportedly, he had received threats over his jokes on underworld don Dawood Ibrahim and Pakistan during his shows.

Raju Srivastav began his cinematic career with small roles in Bollywood films such as Maine Pyar Kiya, Baazigar, Bombay to Goa, Aamdani Atthanni Kharcha Rupaiya among others. He then gained fame as a stand-up comedian with The Great Indian Laughter Challenge where he was the second runner-up.

Later, he won The Great Indian Laughter Challenge - Champions which was the spin-off of the original talent show. He was a participant in Bigg Boss season 3, Comedy Ka Maha Muqabala and Nach Baliye season 6. He has also appeared on Comedy Nights with Kapil, Mazaak Mazaak Mein a.k.a. 'The Indian Mazaak League'.

The great Indian comedian and actor passed away this morning.

You will be missed, Raju.

Indian evacuees from coronavirus-hit Iran will be quarantined at Army...