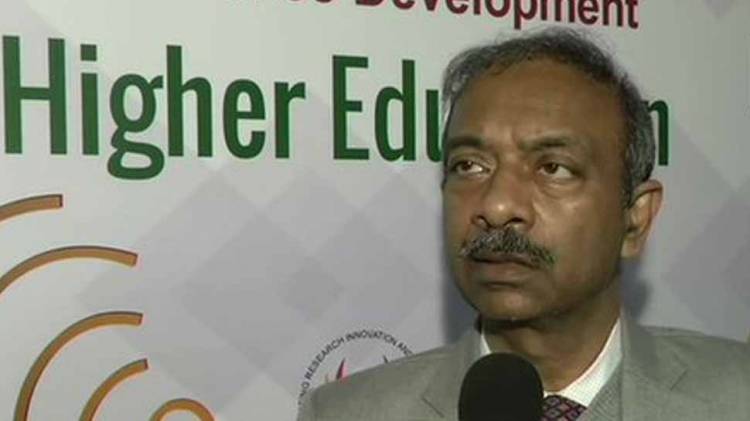 After speaking to a JNU delegation, MHRD Secretary Amit Khare on Thursday said that the January 5 incident of violence is upsetting, adding that the MHRD is trying to address grievances of the students.

The Ministry of Human Resource Development (MHRD) has asserted that the removal of Jawaharlal Nehru University (JNU) Vice-Chancellor M Jagadesh Kumar is not a solution to the problems of the students. After speaking to a JNU delegation, MHRD Secretary Amit Khare on Thursday said that the January 5 incident of violence is upsetting, adding that the MHRD is trying to address grievances of the students.

After speaking to the delegation on Thursday, "Whatever has happened in the last few days is extremely sad. Students have a list of grievances. The teachers also have grievances against the administration, we are trying to resolve all of them. I have called the Jawaharlal Nehru University VC and team tomorrow morning. I have also offered the students that I will be meeting them again tomorrow regarding their demands. Such incidents should not re-occur."

Khare met a delegation of JNU comprising members of JNUTA led by Prof DK Lobiyal and JNUSU President Aishe Ghosh in New Delhi to resolve the outstanding issues and to ensure that JNU retains its reputation as a premier academic and research institution in the country. The MHRD Secretary has also invited the students again for further discussion on Friday afternoon and will also meet VC Kumar at 11.30 am.

JNUSU chief Aishe Ghosh stood firm in her demand for the removal of the V-C. "We're in no position to compromise with HRD ministry. It's still thinking whether VC should be removed," she said. The JNUTA delegation led by Prof DK Lobiyal too reiterated the same demand. "We have a demand that the V-C be removed from the post," he said.

Kumar had levelled allegations that some professors of the varsity are inciting the students against him. Speaking exclusively to Zee News, he added that they can be identified on social media platforms. "Here are some teachers who work to incite the students against me. You can identify them on social media," he said. He also asserted that the JNU administration has not given any proposal to the Ministry of Human Resource Development (MHRD) on closing down or shifting of the university.

Speaking on the matter of his resignation, he added, "As far as resignation is concerned, you will have to ask the MHRD. People of the Students Union in JNU keep asking for my resignation."

VC Kumar said, "JNU will not stop but will run and in the next five years JNU will have a different identity on the international level."
He appealed to the students of the university to focus on studies and not get caught by "a few selected students"