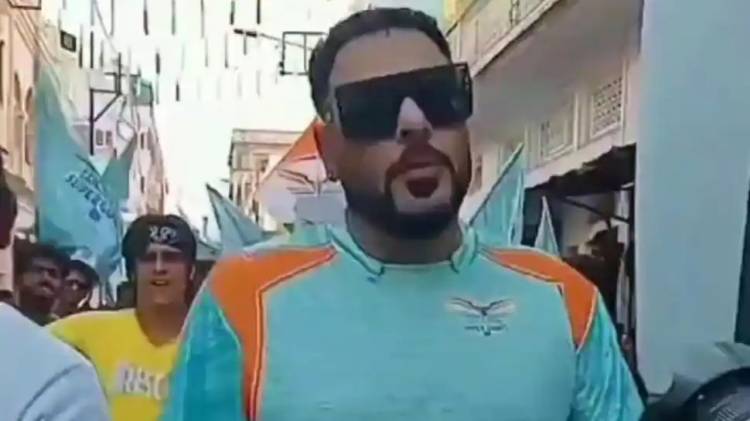 Popular Indian rapper and singer Badshah hogged the limelight in Lucknow on Wednesday (March 9) as he shot for the promo video of LSG’s official theme song.

Lucknow Super Giants and Gujarat Titans are two of the newest teams in the Indian Premier League (IPL) 2022. The two IPL debutants will open their campaign against each other on March 28 in the 15th edition of the T20 league.

However, even before their first game, there is immense curiosity among their fans on their respective jerseys. Some fans got a clear glimpse of Lucknow Super Giants’ jersey. Popular Indian rapper and singer Badshah hogged the limelight in Lucknow on Wednesday (March 9) as he shot for the promo video of LSG’s official theme song.

The 36-year-old rapper sported a jersey which had the logo of Lucknow Super Giants on it, in all likelihood suggesting that he might as well be shooting the theme song for a new team.

Indians born before 1967 are now eligible for a hearing aid trial!Hearing ExpertLearn More

Gujarat Titans have announced that they will host their inaugural event at the Narendra Modi Stadium, Ahmedabad on Sunday (March 13). Being the world’s largest cricket stadium and the team’s home ground, the event will echo the spirit of the Gujarat Titans and the legacy of the state they represent. The event will be graced by the players, partners and other dignitaries.

After being the first team to launch its logo on The Metaverse, Gujarat Titans will set another benchmark with the launch of the team jersey during this event, designed to elicit active fan engagement. With the Metaverse launch, Gujarat Titans sketched an exemplary mark in introducing a dedicated virtual space for its global community of fans and players. Building on its logo launch on The Metaverse, the jersey launch will also be a trendsetter for India’s sporting community.

The fans took to their social media handle and shared some of the pictures, which also gave a clear clarity of the possible Lucknow Super Giants’ jersey for the fifteenth edition of the Indian Premier League.