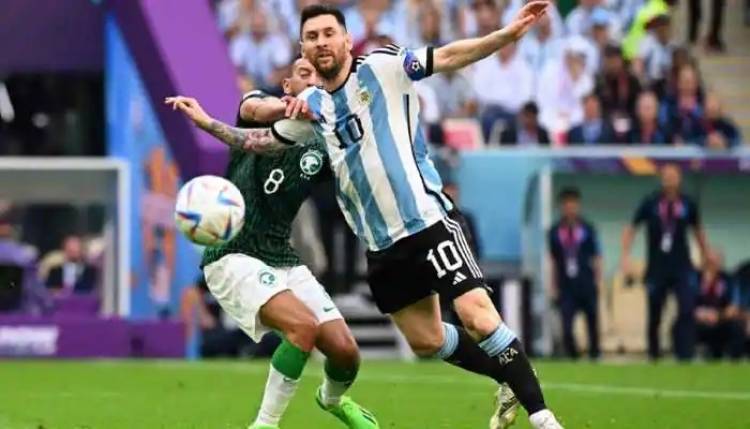 FIFA World Cup 2022 Group C Scenario: How can Lionel Messi’s Argentina TOP the group and reach Round of 16

If Lionel Messi-led Argentina can beat both Robert Lewandowski’s Poland and Mexico in their next two matches, they can still finish with 6 points in FIFA World Cup 2022.

Lionel Messi and Argentina football team were stunned by Saudi Arabia in their opening match of the FIFA World Cup 2022 on Tuesday (November 22). It was a huge disappointment for the Argentinian football fans, who were hoping for Messi to lift the title in possibly his final World Cup appearance. Only 1 team – Spain – have managed to win the World Cup (back in 2010) after losing their first match of the tournament.

However, fellow Group C participants Mexico and Poland did a huge favour to Argentina by playing out a goalless draw. As things stand in Group C, Saudi Arabia are on top with three points while Mexico and Poland are on 1 point each with Argentina drawing a blank

Argentina can also progress in the second round with a win and a draw in the next two matches if they can score enough goals by securing 4 points and hoping that Saudi Arabia, Mexico or Poland have a healthy enough goal-difference for Messi’s side to progress.

Argentina’s next match will be against South American rivals Mexico on Saturday (November 26) or early Sunday (November 27) morning India time at 1230am. Following the shocking defeat against Saudi Arabia, the seven-time Ballon d’Or winner Lionel Messi admitted that he did not expect his team Argentina to start the FIFA World Cup 2022 in this fashion.

“It’s a situation that this group of players has never been through, it’s been a while since we suffered such a tough blow, we didn’t expect to start like this,” Messi was quoted as saying by Skysports. “In five minutes of mistakes that we made, we went 2-1 down and then it was really tough and we lost organisation and started punting the ball,” he said.