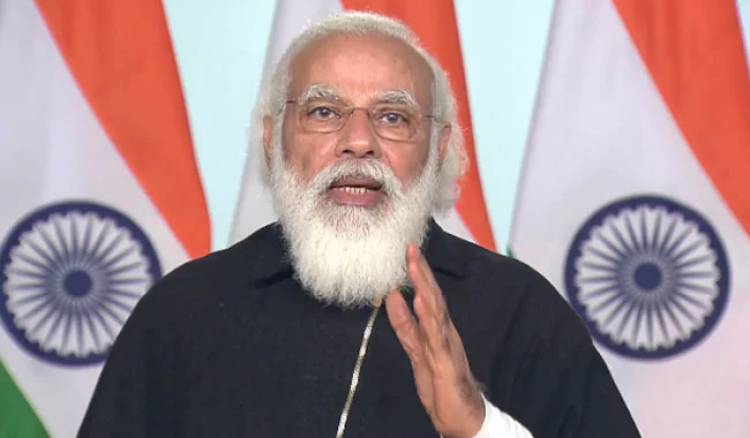 "Some In Delhi Try To Teach Me Democracy": PM Hits Back At Rahul Gandhi

PM Modi said the recent local body election in Jammu and Kashmir "strengthened roots of democracy" and congratulated voters for exercising their franchise in the eight-phase election.

Some people in Delhi "want to teach me lessons in democracy", Prime Minister Narendra Modi said today, hitting back at top Congress leader Rahul Gandhi after the latter, in his recent attack of the government and PM Modi, said there was "no democracy" in India and that those who stood up against the PM were labelled terrorists "even if it were (RSS chief) Mohan Bhagwat".

"There are people in Delhi who always taunt and insult me. They want to teach me lessons in democracy. I want to show them Jammu and Kashmir DDC (District Development Council) polls as an example of democracy," PM Modi said after launching the Ayushman Bharat scheme for health insurance coverage to all residents of the union territory.

"Some political forces keep lecturing on democracy but see their duplicity and hollowness. The party that rules in Puducherry hasn't conducted local body elections despite the Supreme Court's order, whereas Jammu and Kashmir held Panchayat-level polls within one year after becoming a union territory," the Prime Minister said.

He said the recent local body election in Jammu and Kashmir "strengthened roots of democracy" and congratulated voters for exercising their franchise in the eight-phase election.

"the lotus has bloomed" in the Valley.

However, days after the results, the National Conference alleged that the government is facilitating horse-trading and defections. Omar Abdullah made the remark after a local body member who won on a National Conference mandate ticket joined the Jammu and Kashmir Apni Party led by former finance minister Altaf Bukhari.

Day after death of 43 people, fire breaks out again in same Filmistan...