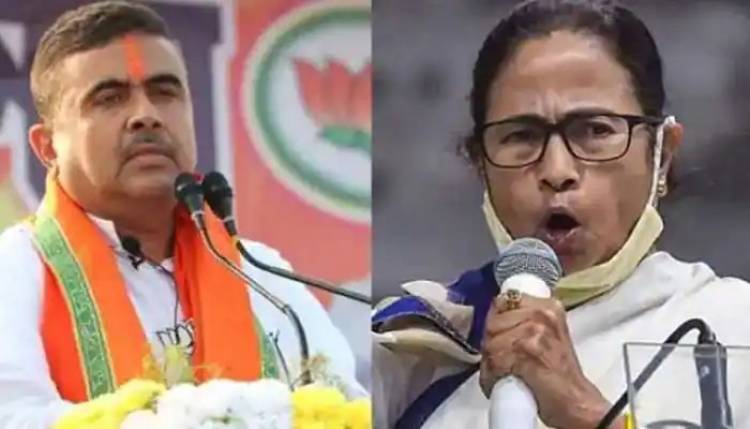 CV Ananda Bose took oath as the new Governor of West Bengal on Wednesday. He was administered the oath of office by Chief Justice of Calcutta High Court Prakash Shrivastava in the presence of CM Mamata Banerjee, other state ministers and Speaker Biman Banerjee at a programme in the Raj Bhavan.

Kolkata: BJP legislator and the Leader of the Opposition in West Bengal Assembly Suvendu Adhikari on Wednesday skipped Dr CV Ananda Bose`s oath-taking ceremony over faulty seat arrangements and termed state’s Chief Minister Mamata Banerjee as the ‘most wretched politician ever born in India.’ In a series of tweets right before the oath-taking ceremony, the Bengal BJP leader made it clear that he would not attend it as he was made to sit next to MLAs Krishna Kalyani and Biswajit Das, who got elected on BJP tickets but later defected to the ruling TMC.

In one of his five tweets, Suvendu stated "The LoP has been made to sit next to ‘soon to be disqualified’ MLAs Krishna Kalyani & Biswajit Das. Both got elected on BJP tickets & later defected to TMC, so Anti-Defection proceedings are going on against them."

Adhikari further tweeted, "I won`t be attending the ceremony as it`s not possible for me to take a seat next to such objectionable persons", he added. Holding West Bengal chief minister Mamata Banerjee responsible for all this, he stated "The Information & Cultural Affairs Dept; WB Govt has made the arrangements for the oath-taking ceremony. Seating arrangements as per the Minister in Charge @MamataOfficial`s whim."

In one such tweet, he said "Compartmental` CM @MamataOfficial still has nightmares about "Nandigram 1956" so she`s doing this out of jealousy. Instead of the Bangla Academy Award for "relentless literary pursuit" she should have been given "Vengeful Award for relentless pursuit to demean Constitutional Norms".

"Suvendu went on to say "She`s the most wretched politician ever born in India, who disgracefully latched on to power by becoming a "Portfolio-less" Central Minister. If she`s elated that her 3rd rate tactics would rattle me then she`s living in a fool`s paradise. Unlike her, I am conscious of my dignity."

However, he congratulated Dr CV Ananda Bose for taking oath as the governor and sought an appointment from him. In one more tweet, he said "Heartiest Congratulations to Dr CV Ananda Bose as he takes oath as the Governor of West Bengal. I`ve requested the Hon`ble Governor to kindly give me an appointment separately at any time according to his convenience. It`s fine even if he asks me to visit today."

"Being the Leader of the Opposition, I am the representative of the people of WB. So it`s my duty to apprise the Constitutional Head of the State about the various issues that have plagued our State; such as unabated Corruption, deteriorating Law & Order and Financial Insolvency", he stated in yet another tweet.

Rohit Sharma says ‘it’s an honour to be all-format captain for India’...