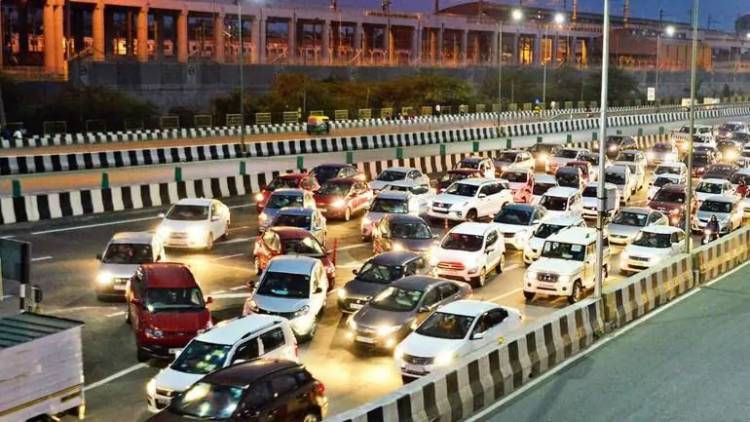 Red light on, engine off: Arvind Kejriwal calls on public to fight air pollution in Delhi-NCR

With air quality in Delhi-NCR hitting 'very poor' levels, the AAP government has announced a new campaign to tackle the problem. The campaign 'Red Light On, Gaadi Off' encourages people to switch their vehicles' engines off while waiting at traffic signals.

he Delhi government on Thursday launched a new initiative to tackle the problem of rising air pollution in the national capital.

Addressing a press conference on Thursday, Delhi CM Arvind Kejriwal said, "We are launching a campaign 'Red Light On, Gaadi Off' to tackle air pollution." The Delhi CM added: "There are one crore vehicles registered in Delhi. According to experts, even if 10 lakh vehicles turn off ignition at traffic signals, then 1.5 tonnes of PM10 will reduce in a year."

Arvind Kejriwal said, "We all should take an oath today. If you switch the engine off, you will save more fuel and it will also help reduce pollution."

Air quality in Delhi-NCR has hit 'very poor' levels even as stricter anti-air pollution measures, including a ban on electricity generators, came into force under the Graded Response Action Plan (GRAP) on Thursday.

Delhi recorded an air quality index (AQI) of 315 at 11.10 am. The last time the air quality hit such a poor level was in February.

GRAP, a set of anti-pollution measures followed in Delhi and its vicinity towns according to the severity of the situation, comes into force on Thursday.

The measures under GRAP include increasing bus and metro services, hiking parking fees and stopping use of diesel generator sets when the air quality turns poor.

The measures to be followed in the "emergency" situation include stopping the entry of trucks in Delhi, ban on construction activities and introduction of the odd-even car rationing scheme.