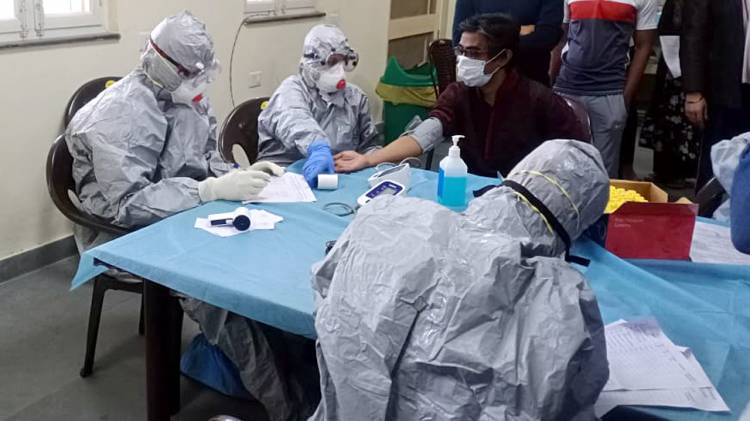 Jaisalmer is one of the places where the quarantine facilities have been set up by the Defence Ministry especially for Indian citizens being brought to back from the coronavirus-hit countries.

New Delhi: A special aircraft with more than 150 people on board will be evacuated from Iran and brought to Mumbai at around 11 am Friday (March 13, 2020). After keeping all the passengers in an isolation room at the airport itself in Mumbai, the Indian Army will then take them to Rajasthan's Jaisalmer by a special aircraft.

"Individuals will be transferred from the airport post their initial screening to the quarantine facility. Another batch of 250 people being air evacuated from Iran on March 14 will also land and quarantined at the Army facility at Jaisalmer," Indian Army was quoted as saying by ANI.

"In the next two to three days, we are expecting more citizens to come back to India. We have prepared new facilities at places including Jodhpur, Jhansi, Gorakhpur, Kolkata, Jaisalmer, Chennai and Deolali where we can quarantine these people," Army spokesperson Colonel Aman Anand had said on Thursday.

​The Ministry of Defence has mobilised all necessary resources to support the national effort towards the management of COVID-19 cases. In a statement, the ministry said: At present, the military is running two medical facilities at Hindon, Ghaziabad and Manesar, Haryana and a total of 265 civilians are under military supervision at these two facilities. As per DG AFMS, a batch of 124 cases have completed their 14 days of isolation at Manesar facility, have tested negative and are ready to leave the facility.

Earlier, one of the Indian's stuck in coronavirus-hit Iran urged the Centre to rescue them from Iran. "Respected sir. we 22 seafarers in Bhushar Hotel (IRAN). Kindly rescue us from IRAN. Due to flight cancellations, we were unable to come. We communicate Indian Embassy Bandar Abbas but we did not get any help from them. Kindly rescue us from IRAN," read a statement, by one of the citizens.

Meanwhile, India recorded its first casualty from the virus on Thursday (March 12). A 76-year-old man from Karnataka's Kalburgi died on Tuesday, the state Health Department confirmed the reason for death as COVID-19 on Thursday. The man had returned to Karnataka from Saudi Arabia about 10 days ago and died in the Kalburgi district on Tuesday.

The total number of confirmed cases of coronavirus in India is at 76.

The coronavirus was recently declared a global pandemic by the World Health Organization. The virus outbreak which was first reported in December 2019 from Wuhan city of China has so far affected over 100 countries and claimed the lives of more than 4,600 people and has affected nearly 1,25,293 persons globally.

Iran admits to shooting down Ukrainian passenger plane, blames US for...