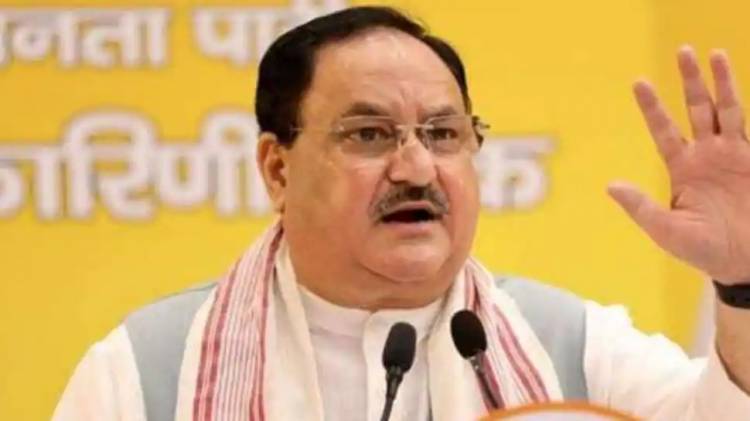 According to party sources, the BJP has prepared a new campaign strategy for the Assembly elections in five states keeping in mind the Covid-19 guidelines. Small rallies will be telecast live on social media platforms which will seecthe participation of around 1-2 lakh people.

New Delhi: Amid the ongoing ban on physical rallies and roadshows in the five poll-bound states in view of a surge in Covid-19 cases, the Bharatiya Janata Party (BJP) is going to hold rallies in these states in a hybrid mode which is expected to be joined by more and more people through different social media platforms, informed party sources.

According to party sources, the BJP has prepared a new campaign strategy for the Assembly elections in five states keeping in mind the Covid-19 guidelines, wherein small rallies will be telecast live on various social media platforms which will witness the participation of around one to two lakh people.

BJP National President JP Nadda, after deliberating with several leaders on the strategy of this campaign, decided that all the rallies would be held in a hybrid mode where senior leaders of the party will physically address small gatherings and these rallies will be telecast live in different regions several times and streamed on various social media platforms. The Election Commission of India (ECI) on January 15 extended the ban on physical rallies and roadshows in the five poll-bound states till January 22.

However, the commission also granted relaxations for the political parties in Uttar Pradesh, Goa, Punjab, Manipur and Uttarakhand, where Assembly elections will be held from February 10 till March 10. Earlier on January 8, the commission, while announcing the schedule for upcoming assembly polls in five states, suspended the physical rallies till January 15 in view of rising Covid-19 cases.