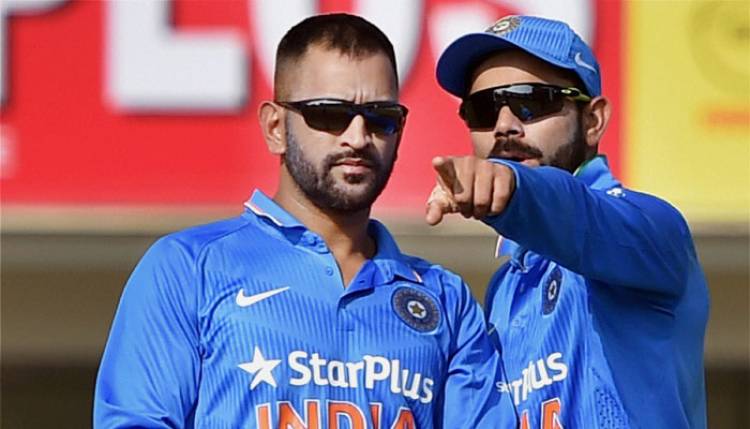 World Cup-winning former Indian captain Mahendra Singh Dhoni and current Indian skipper Virat Kohli have been named as the captain of the ODI and Test Team of the Decade compiled by Cricket Australia.

Besides Dhoni, Kohli and swashbuckling Indian opener Rohit Sharma are also named in ODI Team of the Decade compiled by CA. Dhoni, who was the skipper of Indian cricket team which lifted 2011 World Cup, has also been named as wicketkeeper of CA's ODI team.

Dhoni has represented India in 350 ODIs, 90 Tests and 98 T20Is, scoring 17,266 international runs, which includes 10,773 runs in the 50-over format. He is also one of the most successful wicketkeepers in the history of game as Dhoni has affected 829 dismissals so far in his illustrious career.

"The input of MS Dhoni with the bat did tail off during the latter part of the decade, but he was a dominant force in a golden period for India's ODI side. Having assured his greatness by guiding his nation to World Cup glory on home soil in 2011, the right-hander became India's ultimate finisher with the bat," CA said about Dhoni.

n CA's ODI team, Rohit has been partnered with South African legend Hashim Amla for opening duties, while Kohli, who is currently the best ODI batsman in the world by a fair margin, comes at No 3.

Notably, Kohli is the only Indian cricketer to have been named in Cricket Australia's Test team of the decade. "The once self-described brat has also evolved into one of the game's most respected figures, recently speaking out about mental health and ushering in a new standard of fitness within his country's cricket ranks," Adam Burnett who has compiled the Test team of the decade wrote for cricket.com.au.