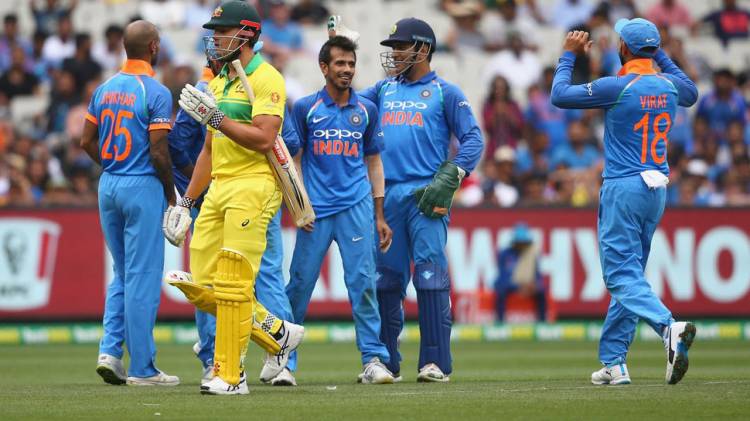 The Virat Kohli-led Indian team will look to take revenge of their ODI series defeat at the hands of Australia when they head into the opening game of the three-match series against the Aaron Finch-led team at the Wankhede Stadium in Mumbai on Tuesday.

The Virat Kohli-led Indian team will look to take revenge of their ODI series defeat at the hands of Australia when they head into the opening game of the three-match series against the Aaron Finch-led team at the Wankhede Stadium in Mumbai on Tuesday.

In March 2019, Australia rebounded strongly from a 0-2 deficit against the Men in Blue at the latter's home turf to seal the five-match series by a margin of 3-2.

While India will be keen to shrug off that defeat and beat Australia at home this time around, the visitors will be brimming with confidence and eager to replicate the similar show as they displayed last year.

The Men in Blue will head into the ODI series on the back of their successful limited-overs series wins against West Indies and Sri Lanka recently. India ended their 2019 year with a 2-1 win in the three-match ODI series against the Caribbean side, while they kicked off New Year with a thumping 2-0 T20I series triumph over Sri Lanka.

Australia, on the other hand, are coming into the India series after completing a three-match Test series whitewash of New Zealand.

As far as the head-to-head record is concerned, Australia hold an edge over the Virat Kohli-led side in the 50-over format. India and Australia have met each other on 137 occasions in the ODIs.

While the Men in Blue have won 50 matches out of them, Australia had emerged victorious on 77 occasions. Ten of those clashes between the two sides ended in no result.

India have played a total of 61 matches at home. Out of which, the Men in Blue clinched victory on 27 occasions while Australia won in 29 ODIs.

At Down Under, India have 13 wins in their account while they have lost 36 ODIs of 51 overall matches they played away from home.

Out of 25 matches played at a neutral venue in the 50-over format, the Men in Blue clinched victories on just 10 occasions while Australia won 12 of them.

India and Australia last met each other in the league stage of the 2019 International Cricket Council (ICC) World Cup in England and Wales and the Virat Kohli-led side went on to win that match by 36 runs at the Oval in London.

Notably, Australia's crushing 208-run victory against India at the Sydney Cricket Ground in February 2004 is the largest victory margin in terms of runs in ODIs between the two sides.

Out of the last three bilateral series between the two sides, India won two of them in 2017 and 2018.  Australia won the last ODI series against India by a 3-2 margin in 2019.

Celebration of 75 years of India's Independence at US Capitol will become...