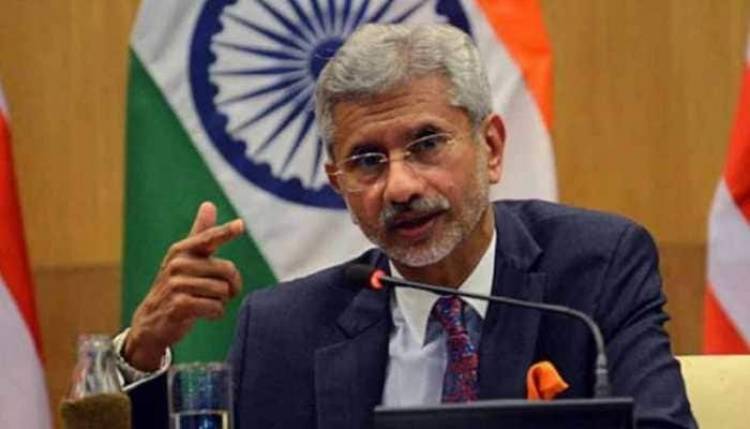 'You are not fooling anybody': S Jaishankar's fiery response to US F-16 package for Pakistan

"It`s a relationship that has neither ended up serving Pakistan well nor serving the American interests," Jaishankar said at an event organized by the Indian American community in Washington on Sunday.

Washington: External Affairs Minister S Jaishankar has raised questions over the "merits" of the US-Pakistan relationship and said that Washington's ties with Islamabad have not served the "American interest".

"It`s a relationship that has neither ended up serving Pakistan well nor serving the American interests," Jaishankar said at an event organized by the Indian American community in Washington on Sunday.

The remarks were made when the Indian minister was questioned by the audience on US action on F-16 fighter jets with Pakistan. Just weeks ago, for the first time since 2018, US State Department approved a Foreign Military Sale (FMS) to the Government of Pakistan for the sustainability of the Pakistan Air Force F-16 fleet and equipment at the cost of USD 450 million.

Defence Minister Rajnath Singh promptly conveyed to US Defence Secretary Lloyd Austin India`s concerns over Washington`s decision to provide a sustenance package for Pakistan`s F-16 fleet."It`s really for the United States today to reflect on the merits of this relationship and what they get by it," Jaishankar asserted.

"For someone to say I am doing this because it is all counter-terrorism content and so when you are talking of an aircraft like a capability of an F-16 where everybody knows, you know where they are deployed and their use. You are not fooling anybody by saying these things," Jaishankar noted.

"If I were to speak to an American policy-maker, I would really make the case (that) look what you are doing," Jaishankar strongly asserted.

Jaishankar on Saturday concluded the high-level United Nations General Assembly debate in New York and is scheduled to spend the next three days in Washington.

The minister is scheduled to meet with his American counterpart Secretary of State Anthony Blinken and other top officials of the Biden administration.

Why is Rahul Gandhi being compared with Jawaharlal Nehru and who is the...