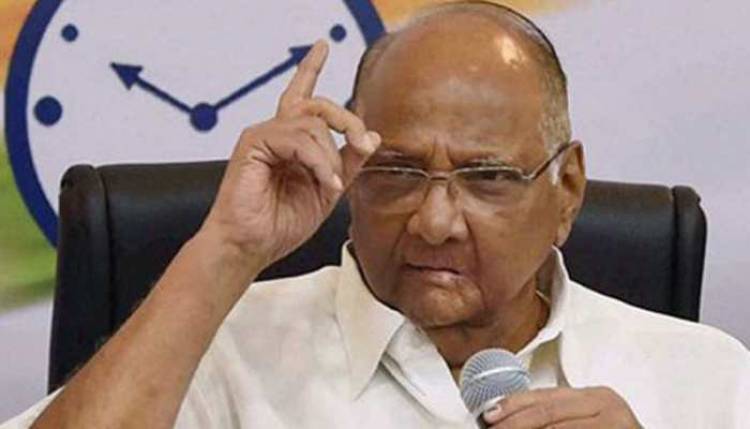 Calling tribals as the "real masters", the NCP supremo said that they have the strength to lead the country to the right path, while paying respect to the martyred tribal freedom fight Tantia Bhil on his 175th birth anniversary.

New Delhi: Nationalist Congress Party (NCP) chief Sharad Pawar has said that tribals are the original inhabitants of the country, while addressing the first conference on the Constitutional rights of indigenous people of Central India in Indore, Madhya Pradesh on Sunday (January 26).

The NCP chief said, "we support their demand for recognition of their indigenousness from the United Nations."

"Tribals are original natives of India. There is a need for the official recognition from the United Nations in this regard. We support the demand of the tribal community on this issue. We are duty-bound to make a bid for it (such declaration from the UN)," Pawar said.

Calling tribals as the "real masters", the NCP supremo said that they have the strength to lead the country to the right path, while paying respect to the martyred tribal freedom fight Tantia Bhil on his 175th birth anniversary.

"Bhil's anniversary should be observed across the entire country along with MP and Maharashtra," he said, adding that he would speak with President, Prime Minister Narendra Modi and Speaker and chairman of both the houses of Parliament for installing a statute of Bhil in the Sansad Bhawan.

Further, he said that problems of tribals from Madhya Pradesh and Maharashtra are common, therefore, called for a joint programme for their education, employment and farming welfare.

Speaking on the occasion, Madhya Pradesh CM Kamal Nath said, "the culture of India and the Congress is to bind hearts together and keep brotherhood intact. We bind people of all religions and castes. But today that culture of ours and the Constitutional values is under attack. You all have to protect it."