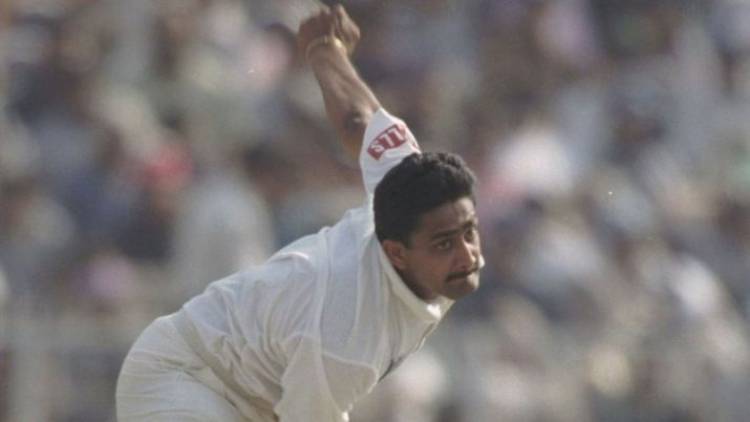 Anil Kumble is only the second bowler in world cricket after England's Jim Laker to claim all wickets in an innings.

It was on February 7, 1999 when legendary Indian leg-spinner Anil Kumble forced Pakistan team to bow before him at the Feroz Shah Kotla, now known as the Arun Jaitley Cricket Stadium.

During the second Test of the two-match series, Kumble picked up all 10 wickets and became only the second bowler in world cricket after England's Jim Laker to claim all wickets in an innings.

India had lost the first Test in Chennai by a mere 12 runs and were in a must-win situation in the Delhi Test in 1999.

India came out with an exceptional bowling performance in the first innings to bundle out Pakistan for 172 after posting 252 in the first innings. In the second innings, Sadgopan Ramesh (96) and Sourav Ganguly (62*) scored gritty half centuries as India posted a target for 420 for Pakistan.

During the chase, the visitors got off to a steady start as openers Shahid Afridi and Saeed Anwar put on 101 runs for the first wicket. The match seemed to be in balance until Kumble was introduced into the attack and wreaked havoc on the Pakistani batting line-up.

The leg-spinner first dismissed Afridi (41) in the 25th over. After that, India didn't let go off the foot of the paddle and kept on taking wickets through Kumble and Pakistan were reduced to 128/6 in no time.

Kumble, fondly known as 'Jumbo', kept on taking wickets at regular intervals and it was in the 61st over that he entered history books by dismissing Wasim Akram.

He finished with exceptional figures of 10/74 from 26.3 overs and helped India register a famous win by 212 runs.

"A 'Perfect 10' isn't something you set out to achieve as a cricketer. I would attribute the events of 7th February 1999 to destiny," Kumble had told the BCCI website in 2014.

The leg-spinner, after representing India in 132 Tests and scalping 619 wickets which included 35 five-wickets hauls, announced his retirement from international cricket in 2008.

ISRO's telecommunication satellite GSAT-30: All you need to know about...