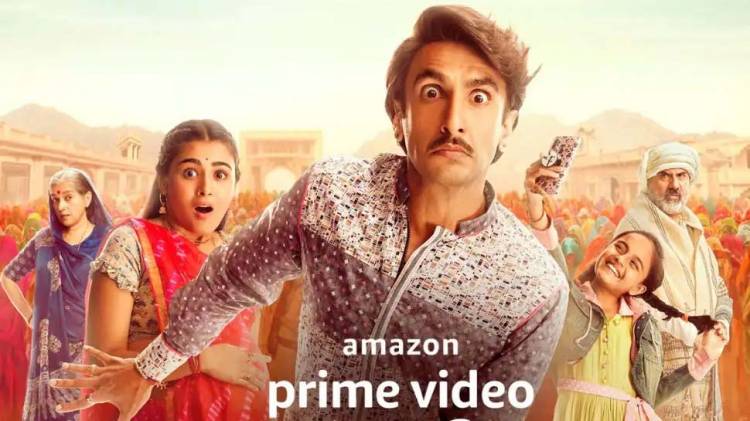 Ranveer Singh starrer Jayeshbhai Jordaar to premiere on Prime Video on THIS date!

Jayeshbhai Jordaar under the banner of Yash Raj Films, features Ranveer Singh and Shalini Pandey in the lead roles.

Jayeshbhai Jordaar is directed by Divyang Thakkar and produced by Aditya Chopra and Maneesh Sharma.

Prime members in India and across 240 countries and territories can stream the film starting June 10, 2022, exclusively on Amazon Prime Video.

The film under the banner of Yash Raj Films, features Ranveer Singh and Shalini Pandey in the lead with Boman Irani and Ratna Pathak Shah in supporting roles. Following Bunty Aur Babli 2, Jayeshbhai Jordaar is the second film to be premiered on Prime Video from the licensing deal with Yash Raj Films (YRF).

Watch the official trailer over here:

A blend of emotions, comedy, and drama coupled with brilliant performances by the actors, the film, that sees Ranveer Singh play the role of a father, for the very first time, offers the perfect dose of entertainment along with addressing a serious issue.

Jayeshbhai Jordaar circles around a son of a Gujarati sarpanch, who goes against his patriarchal family to save his unborn girl child, sending out a social message of stopping female infanticide.

Uddhav Thackeray's style of functioning responsible for 'split' in Shiv...