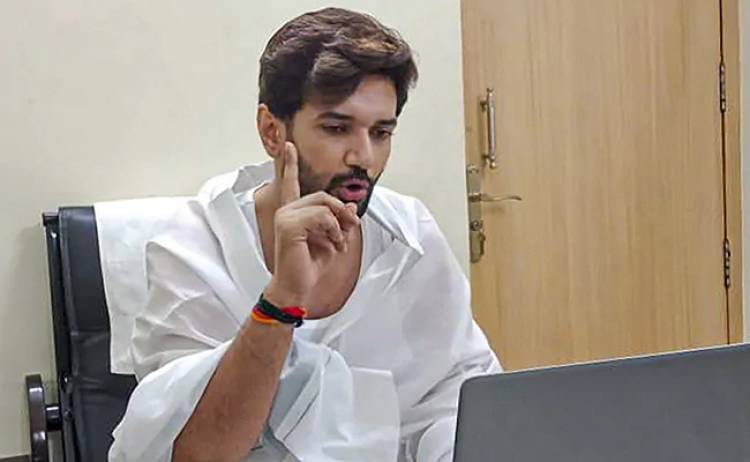 PM Modi had earlier tweeted: "Will be sharing a message with my fellow citizens at 6 pm this evening."

Shortly after Prime Minister Narendra Modi tweeted about his address to the nation this evening, Chirag Paswan - whose relationship status with ally BJP has turned "complicated" ahead of the Bihar polls -- retweeted the message and added his own appeal to it.

"PM Modi will share some important information with countrymen. I appeal to citizens to listen to the address in national interest. All LJP (Lok Janshakti Party) candidates in Bihar should tune in along with people of their constituencies. They must also be careful about social distancing," Chirag Paswan tweeted.

PM Modi had earlier tweeted: "Will be sharing a message with my fellow citizens at 6 pm this evening." He did not specify but many believe he will speak on the coronavirus situation in the country ahead of the festival season.

Chirag Paswan, the chief of the LJP, is contesting the Bihar election separately from the BJP-led National Democratic Alliance (NDA) this time, mainly to fight Chief Minister Nitish Kumar and his Janata Dal United. He has repeatedly asserted that while his fight is against Nitish Kumar, he is devoted to PM Modi and hopes to form a government in Bihar with the BJP after the polls.

But his daily attacks on Nitish Kumar forced the BJP in Bihar to distance itself from him and even warn him against using PM Modi or his images in his campaign.

Recently, the 37-year-old actor-turned-MP declared that he did not need to do so as PM Modi's image was embedded in his heart. "I don't need photos of PM Modi. He is in my heart. Much like Hanuman's devotion for Ram, if you cut open my heart you will find only Modi-ji," he declared dramatically. He added that it was Nitish Kumar who needed the PM's photos since he was "insecure".

Significantly, the BJP's national leadership has been softer towards Chirag Paswan and has not thrown him out of the NDA despite his public criticism of Nitish Kumar, which has raised speculation that the BJP considers him a counterweight to keep the Bihar Chief Minister in check.

When MS Dhoni was first of many ‘bidding wars’ in 2008, recalls IPL auctioneer...

Agnipath jobs scheme: Do you want to become an 'Agniveer'? All about Armed...