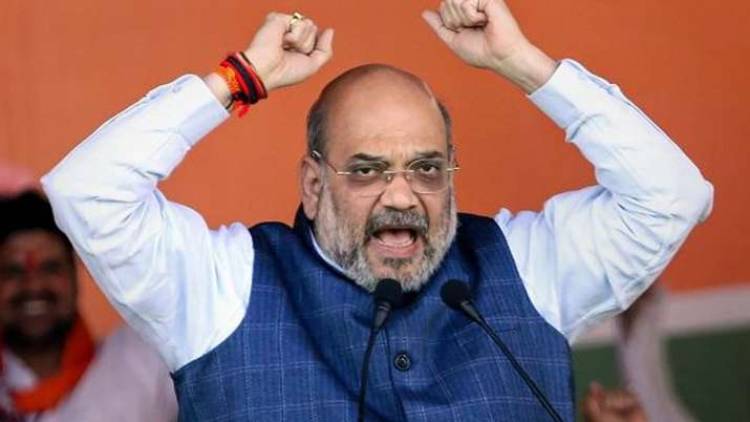 Amit Shah West Bengal visit: Assembly elections in the state will be held in May 2021. The BJP wants to project it as an alternative to the Trinamool Congress which is ruling the state since 2011 under Mamata Banerjee’s leadership.

Bharatiya Janata Party leader Amit Shah on Thursday arrived at Bankura in West Bengal as a part of his two-day visit to the eastern state. During his stay here, Shah will hold a series of meeting to enthuse the party workers and review the BJP's preparations for next year's Assembly elections.

Shah will meet party workers and leaders mainly from south and south-western region of West Bengal where the BJP is sure of making gains in the Assembly elections. The BJP had in 2019 general elections won 18 of the 42 Lok Sabha seats in West Bengal. The saffron party has emerged as the main challenger for the ruling TMC in the state. Out of 18 MPs, the 12 MPs are from south and south-western region of the state.

According to the party's national media in-charge Anil Baluni, Shah will have lunch with tribal and refugee families during his visit to the eastern state. He said that Shah will hold number of meetings in Bankura and Kolkata with booth workers, influencers and representatives of different communities.

Earlier on Wednesday night, Shah met the family members of a BJP worker allegedly killed in judicial custody last month. Madan Ghorai was arrested in Patashpur in Purba Medinipur district on September 26 in connection with a kidnapping case. He died on October 13. Accompanied by state BJP president Dilip Ghosh and senior BJP leaders, the family members of Ghorai met Shah at the Kolkata airport.

On Thursday, Shah is on a visit to Bankura to meet party workers and leaders from the different sections of the society. The party workers from two zones, Rarh and Hooghly-Midnapore, covering over 70 assembly seats from the southern region of West Bengal, will attend the meeting. He will have lunch at a tribal household in Chaturdhi village of Bankura district.

On Friday, Shah will hold a number of meetings with party workers in Kolkata, office bearers from more than 80 assembly constituencies from Nabadwip in south central Bengal and Kolkata region. He will also visit the Dakshineswar Kali Temple and later have lunch at a refugee household in Kolkata's Gauranganagar area.

Shah is also slated to have a meeting with representatives of different communities later in the day, Bulani said.

"There is excitement in workers across Bengal as Amit Shahji is coming to the state. His arrival and his advice will boost the party's preparedness for the 2021 assembly polls in West Bengal," BJP's West Bengal unit general secretary Locket Chatterjee had said on Tuesday.

Assembly elections in the state will be held in May 2021. The BJP wants to project it as an alternative to the Trinamool Congress which is ruling the state since 2011 under Mamata Banerjee’s leadership. The party has been organising a series of events wherein it is highlighting the failures of Chief Minister Mamata Banerjee with a focus on political killings, minority appeasement, and poor handling of the Covid-19 situation. The saffron party expects to repeat the 2019 performance in the upcoming Assembly elections.