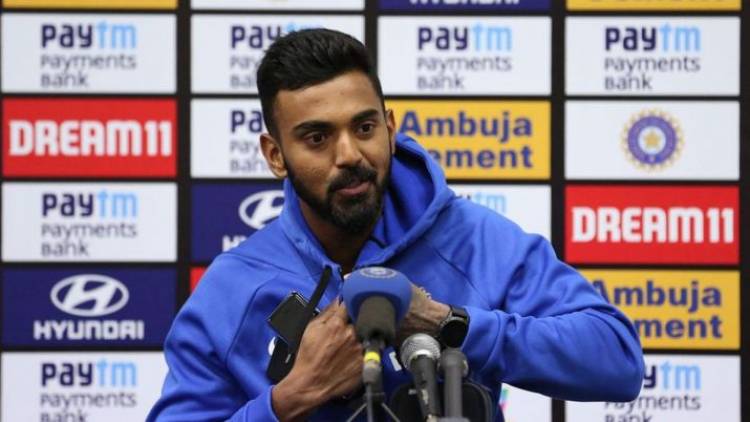 After the scintillating win in the second ODI, Rahul revealed how he prepared for the big challenge of batting at No. 5 in Rajkot.

KL Rahul proved his worth against Australia in the second ODI in Rajkot. The opening batsman came to bat at no.5 and played a sublime knock of 80 runs in 51 balls as India put 340/6 on the scoreboard while batting first. Rahul hit 6 fours and three sixes in during his stunning knock. His innings was the X-factor of the game as India beat Australia by 36 runs to level three-match series 1-1.

Rahul, who is traditionally an opening batsman, has been backed by skipper Virat Kohli after scoring good runs in the limited-overs last year. Rahul didn't disappoint anyone and the way he played at No. 5 on Friday proved why the team management has shown full support in him, time by time.

After the match, Rahul revealed how he prepared for the big challenge of batting at No. 5 in Rajkot.

The Karnataka opener feels that he is enjoying his batting a lot more after he played in different positions.

"The reading of the game has gotten a lot better for me, now that I have played in different positions and batting becomes a lot more enjoyable," said Rahul.

Coming up to every game and having a new responsibility and a new role is also a blessing. I don't think a lot of batsmen get that. I'm enjoying my batting wherever I get to bat. I just want to put up the performances for my team," he added

Rahul also emphasized on the last couple of months, that made him a mainstay in Team India.

"It is a great challenge and coming to the series in the last couple of months have been good. I have been in decent form and pretty confident about my skills," Rahul said.