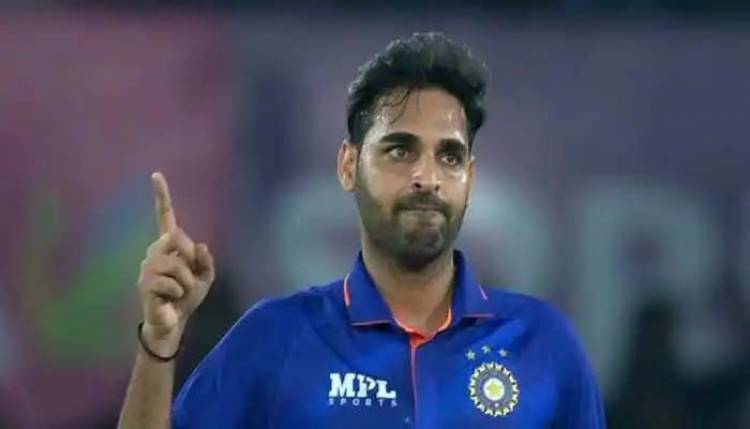 IND vs SA: Bhuvneshwar Kumar can achieve THIS huge feat in 3rd T20I

India now are set to face South Africa in the third T20I of the five-match series at the Dr. Y.S. Rajasekhara Reddy ACA-VDCA Cricket Stadium in Visakhapatnam

Team India have a major task upon their shoulders after facing defeat in the first two games of the five-match T20I home series against South Africa. The Rishabh Pant-led India will be seen competing in a do or die clash on Tuesday (June 14) to keep their hopes of winning the series against the visitors.

Most of the players in the blue jersey have been 'average' in terms of quality with their performances in the home series. However, there was one stand out player for the Men in Blue in the second game against South Africa, Bhuvneshwar Kumar. The Indian paceman took four wickets giving away just 13 runs off his four overs in the second T20I in Cuttack where India lost to South Africa in the end by four wickets.

Moreover, Kumar took three key wickets inside the powerplay to get India the dream start, defending 149 runs. Kumar is now aiming for the most wickets by a bowler inside powerplay in T20Is. Currently, he is at the top of the list with West Indies' Samuel Badree and New Zealand's Tim Southee. Kumar has now taken 33 wickets in 59 games (inside the powerplay) with an eye-catching economy rate of just 5.66.

Dale Steyn (in Espn Cricinfo) said "Bhuvneshwar Kumar has worked so hard, improved his pace in recent times, maintained himself and want to prove he is still a force in world cricket". — Johns. (@CricCrazyJohns) June 13, 2022

India now are set to face South Africa in the third T20I of the five-match series at the Dr. Y.S. Rajasekhara Reddy ACA-VDCA Cricket Stadium in Visakhapatnam where Bhuvneshwar Kumar is likely to feature and get on top of the list of most wickets taken inside the powerplay in T20Is.

However, Kumar himself would be focused on getting the team a win more than thinking about individual brilliance, he needs to repeat his performance like the 2nd T20I and hope that his teammates along with other bowlers can guide the team home after a couple of disappointing results.

Auto Expo to showcase industry's vision of moving towards clean and green...