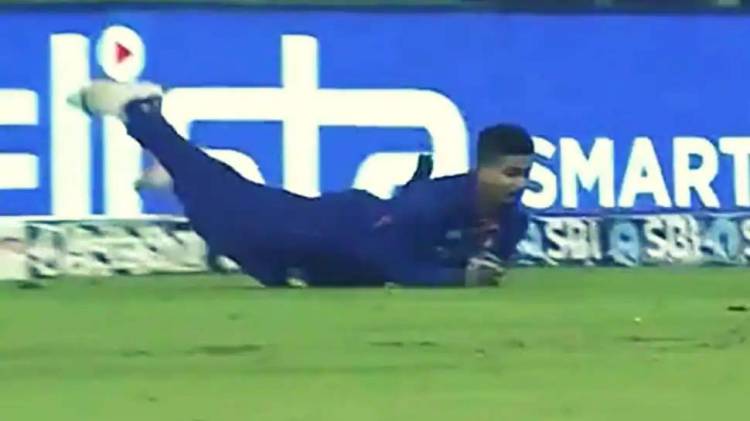 India lost the first T20I against South Africa by 7 wickets. The host took a 1-0 lead in five-match ODI series.

India lost the first T20I against South Africa by seven wickets at the Arun Jaitley Stadium, Delhi on Thursday. With this win, the visitors take a 1-0 lead in the five-match series. India faced defeat even after posting a big total on the board in the first innings as South Africa chased down their highest total in T20Is.

South Africa win by 7 wickets and go 1-0 up in the 5 match series.#TeamIndia will look to bounce back in the 2nd T20I.

India looked in total control in the second innings with Rassie van der Dussen struggling to find the middle of the bat. Iyer, one of India’s safest fielders, dropped the chance much to the host's disappointment, with the batter at 29 off 31 at that juncture, South Africa needing further 62 off 28. van der Dussen smashed seven hits to the fence and five over it, including the winning reverse-sweep boundary to finish unbeaten 75 off 46.

In the post-match press conference, Ishan Kishan backed Shreyas Iyer. The left-hand opening batsman said that India did not face defeat due to one player. "We need to address what mistakes we did with the bowling department or if it's the feeling department, but it's never any one player who, you know, makes us lose the match. So we'll figure out everything as a team," Ishan said.

Ishan was India's highest scorer in the Match. When asked about his form and what happens when regular opener Rohit Sharma and KL Rahul return to squad, he said, "I think they (Rohit Sharma and KL Rahul) are world-class players and I won't ask for my support when they are there in the team. So my job here is to give my best in the practice session. Whenever I get my opportunity, I have to prove myself or do well for the team. So I focus more than that about my process about what I have to do here," Ishan said in the post-match press conference on Thursday.

"They have done so much. You know, scored so many runs for our country. I can't ask them to drop them and make me play in the first place. Yeah I'll keep doing my thing it's up to selectors or other coaches whatever they think but my job is to you know just whenever I get my chance I will give my best," Kishan added.