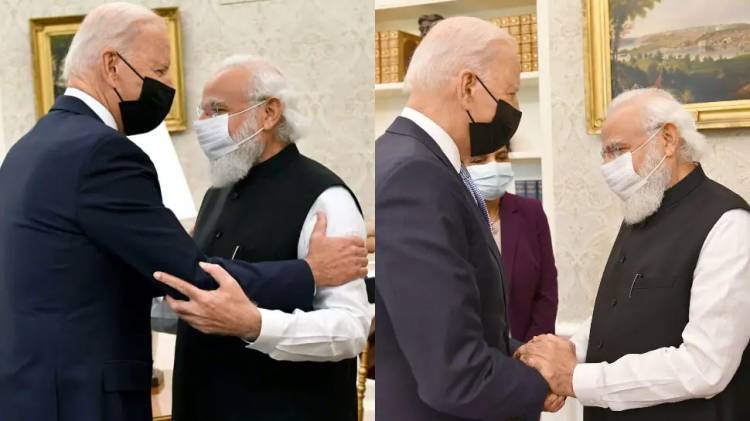 During an hour-long meeting, Prime Minister Modi also shared his vision for the India-US relationship in the coming decade.

New Delhi: Prime Minister Narendra Modi and US President Joe Biden on Friday (September 24, 2021) held their first bilateral meeting at the White House and discussed a wide range of priority issues, including fighting the COVID-19 pandemic, climate change and economic cooperation. PM Modi, who is visiting America for the 7th time since assuming office in 2014, redefined the contours of India-US ties and highlighted five Ts namely tradition, talent, technology, trade and trusteeship.

During an hour-long meeting, Prime Minister Modi also shared his vision for the India-US relationship in the coming decade.

Tradition: PM Narendra Modi told US President that this is the first year of the third decade and when he looks at the entire decade, he finds that under Biden's leadership, the seeds have been sown for the Indo-US relations to expand and for all democratic countries in the world. "This is when I see that this transformative period is in Indo-US relations, and when I talk about traditions, I am talking about the democratic traditions, democratic values, traditions to which both our countries are committed and I find that importance of these traditions will only increase further," PM Modi said.

Talent: Prime Minister Modi also mentioned the talent of four million Indian-Americans and said, "When I look at the importance of this decade and the role that is going to be played by this talent of Indian-Americans, I find that this people to people talent will play a greater role and Indian talent will be a co-partner in this relationship."

"I see that your contribution is going to be very important in this," he told Biden.

Trade: Prime Minister Modi told Biden that between India and the United States, the trade will continue to assume importance. "We find that the trade between our two countries is actually complementary," he said.

Trusteeship: Like US President, PM Modi also mentioned October 2, the birth anniversary of Mahatma Gandhi. He said that Mahatma Gandhi always used to talk about the principle of trusteeship of the planet and this decade is also going to be important as this entire principle of trusteeship. "It means that the planet that we have, we have to bequeath it to the following generations and this sentiment of trusteeship is going to assume more and more importance globally but also between the relations between India and the United States and it is these ideals that Mahatma Gandhi espoused when he talked about trusteeship of the planet and where the responsibility of the global citizens is only going to go up," the Indian Prime Minister said.

Technology: PM Modi told President Biden that the most important driving force in the world today would be that of technology and the technology that is going to be for the service and for the use of humanity. "I find that opportunities for this are going to be tremendous," he noted.