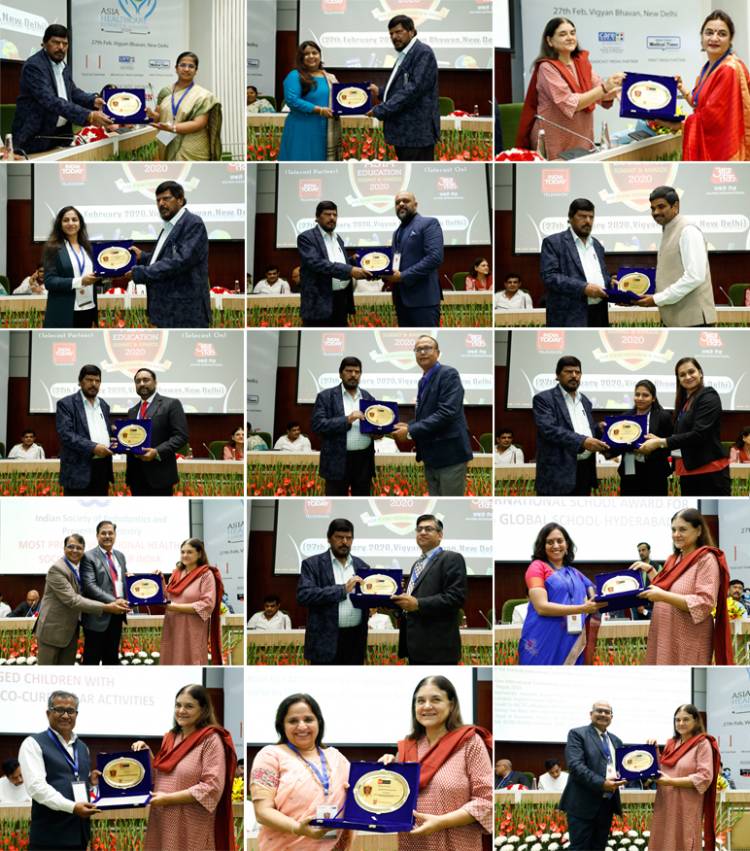 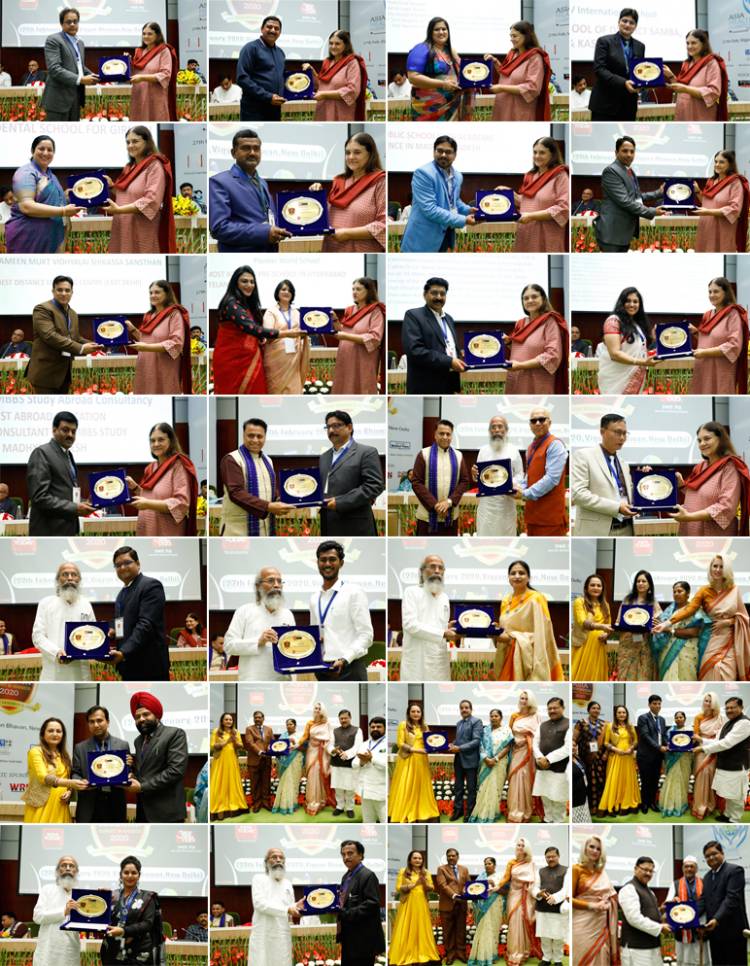 Felicitate the leading contributors who have taken the initiative to bring a pleasant and powerful change in the field of education. Awardees of 10th edition of Asia Education Summit and Awards organised by ASIA TODAY RESEARCH & MEDIA.

Asia Today Research and Media, along with PERSON (People for EducationResearch Scholarship and Outward Nutrition), organized the 10th edition of Asia Education Summit and Awards in association with India Today as Telecast Partner which was a ceremony to acknowledge and felicitate the leading contributors who have taken the initiative to bring a pleasant and powerful change in the field of education. The event was held at Vigyan Bhawan, New Delhi on 27th February 2020.

Asia Education Summit was an open platform that brought together some of the India’s most brilliant minds to share their strategies and insights about how one can face and embrace the opportunities and challenges in education. and the awards were based on a research study and opinion surveys conducted by Asia Today Research and Media.

Safari Kids Internation Pre School & Day Care’s Mr.JitendraKarsan (Chairman) was given the award for THE MOST INNOVATIVE CURRICULUM PRESCHOOL IN INDIA

Nalanad University’s Prof. Sunaina Singh (Vice Chancellor) was given the award for the MOST INNOVATIVE VICE-CHANCELLOR OF THE YEAR

The Camford International School’s Mr.Arulramesh (Chairman) received the award for MOST ADMIRED SCHOOL FOR ACADEMIC EXCELLENCE IN TAMIL NADU

Hindustan Institute of Technology & Science / Hindustan University’s Mr. Ashok Verghese (Director) was given the award for BEST PRIVATE UNIVERSITY FOR RESEARCH AND INNOVATION OF THE YEAR

Shri Krish International School’s Dr.R.Krishnamoorthy (Chairman) was given the award for MOST ADMIRED SCHOOL WITH MODERNIZED TEACHING MATHOLOGIES IN TAMIL NADU

Indian Society of Pedodontics and Preventive Dentistry’s Dr. Nikhil Srivastava (General Secretary) was given the award for MOST PROACTIVE NATIONAL HEALTH SOCIETY OF THE YEAR INDIA

DR. ANURADHA MEHTA (Principal) was given the award VISIONARY EDUCATION LEADER AWARD OF THE YEAR (DELHI)

Dhole Patil College of Engineering’s Dr.NiharWalimbe (Principal) was given the award of BEST INNOVATIVE ENGINEERING COLLEGE IN MAHARASHTRA

Parul University’s Dr.Preeti Nair (International Relations head) was given the award of the MOST PROMISING UNIVERSITY WITH HIGHEST INTERNATIONAL EXCHANGE PROGRAMS OF THE YEAR

Rani Durgavati University’s Prof. KapilDev Mishra(Vice Chancellor) was given the award for the MOST PROMISING UNIVERSITY IN MADHYA PRADESH

Kindergarden Montessori School’s Dr. L Dhaneshor Singh (director / Principal) was given the award for the BEST PUBLIC SCHOOL WITH ACADEMIC EXCELLENCE IN MANIPUR

GIET University’s Dr.Satya Prakash Panda (President) was given the award for BEST UNIVERSITY FOR CAMPUS PLACEMENT IN EASTERN INDIA

Dr. S. A. Anand was presented with the award of INDIA'S BEST LIFE, BUSINESS AND PUBLIC SPEAKING COACH

Ramanad Institute of Pharmacy & Management’s Mr.Vaibhav Sharma (Director) was presented with the award for BEST PHARMACY COLLEGE IN UTTARAKHAND

Mr. Azeez Abdullah was given the award of the MOST ADMIRED WRITER OF THE YEAR

Mr. Adapa Sanjeeth Kumar Naidu won the award for BEST EDUPRENEUR OF THE YEAR IN TELANGANA

Dr. Josan Ranjjith (Writer) was given the award of YOUTH EDUCATION ICON OF THE YEAR IN TAMIL NADU

Roseland international school’s Mr.Jitendra Kumar (Director) was presented with the award for MOST INNOVATIVE SCHOOL IN HARYANA

Mr. Sudan Chauhan (MD) was given the award of BEST INDIAN EDUCATION CONSULTANT IN NEPAL

Ms.Anju Kumari (Principal) was presented with the award- MOST ADMIRED PRINCIPAL IN GUJARAT

Dr.G Soundra Pandian (Principal) was presented with the award for MOST ADMIRED PRINCIPAL IN ANDHRA PRADESH

Mr.Rajkumar (Administrator) was given the award for LIME TIME EDUCATION EXCELLENCE OF YHE YEAR-NURSING

Dr. Mohd. Maroof Khan received the award for the "MOST ADMIRED PRINCIPAL - IN DELHI"

Prof. Kavita Sunil Holey   received the award for the "OUSTANDING HOD OF THE YEAR (MAHARASHTRA)"

Dr. Ashish Chopra.   received the award for the "OUSTANDING PERSONALITY OF THE YEAR IN SOCIAL SERVICE"