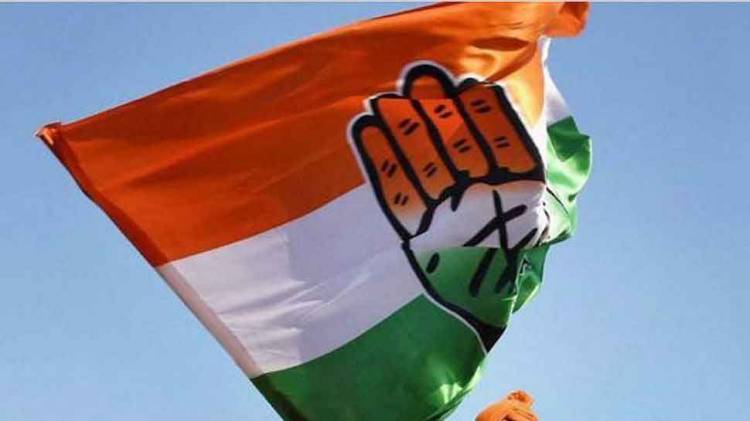 Congress interim president Sonia Gandhi has approved the names of the screening committee which will be responsible for the selection of candidates for Delhi assembly polls. The committee will be lead by Rajiv Satav who is the former Member of Parliament from Hingoli, Maharashtra.

Delhi: Ahead of the Delhi assembly election the Congress committee, on Thursday, finalised the names of people in the screening committee. The committee will be lead by Rajiv Satav who is the former Member of Parliament from Hingoli, Maharashtra. The other names in the committee involve Virender Singh Rathore and Challa Vamshi Chand Reddy

The names in the committee are approved by the Congress interim president Sonia Gandhi and the team is responsible for the selection of candidates for Delhi assembly polls. The statement released by Congress committee also revealed the names of ex-officio members of the screening committee which includes P C Chacko, AICC in-charge for Delhi, Delhi PCC chief Subhash Chopra and AICC secretary Kuljit Singh Nagra. 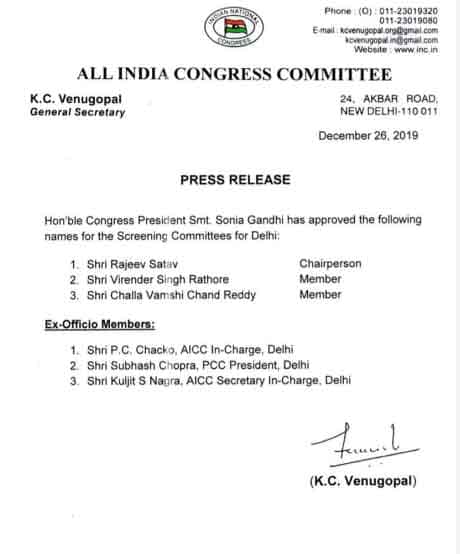 The chairman of the newly formed screening committee Rajiv Satav took to microblogging site Twitter and expressed his gratitude towards Sonia Gandhi and Rahul Gandhi for bestowing him with the responsibility. His tweet read, ''I express my gratitude to @INCIndia President Smt. Sonia Gandhi Ji and our leader Shri Rahul Gandhi Ji for entrusting me with the responsibility of Chairman of Screening Committee for Delhi Vidhan Sabha Elections.''

Recently, three times MLA Subhash Chopra and cricketer-turned-politician Kirti Azad were elected as the member of the campaign committee.

The dates of the Delhi assembly election is likely to be announced next week. The first review meeting of the Election Commission regarding Delhi's Assembly elections was held on Thursday (December 26).

Notably, the Kejriwal government will complete five years by February 14, therefore, the assembly elections should take place before this date. The Election Commission need to allot a month for the entire election process, which will include sufficient time for parties to campaign as well as the polling and counting process.

Will Take Action Against Mumbai Professor For Remark On Rahul Gandhi:...