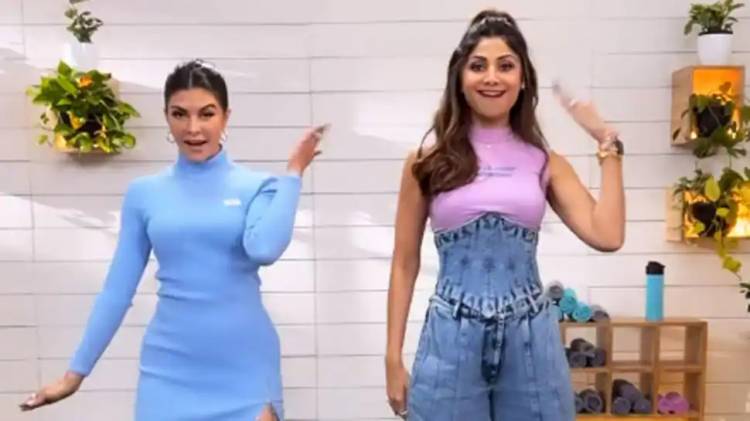 Jacqueline Fernandez was in news lately for her closeness with conman Sukesh Chandrasekhar whose name has surfaced in Rs 200 crore money-laundering case.

New Delhi: Actress Shilpa Shetty has turned into a chat show host and wellness enthusiast with her new show titled The Shape Of You. In a recently-released promo of the show, actress Jacqueline Fernandez can be seen as the special guest. She broke her silence on the latest controversies affecting her mental health.

Shilpa wrote on her Instagram account: “Played many roles, but the one that I’m most passionate about is being a Wellness enthusiast… Bringing my life’s learnings about making positive and healthy lifestyle changes to the table with my celebrity friends… I am going to be in conversation with a lot of my friends; and we’ll be discussing their fitness journeys, their mental and physical struggles, and some secret life mantras that they swear by!"

For the unversed, Jacqueline Fernandez was in news lately for her closeness with conman Sukesh Chandrasekhar whose name has surfaced in Rs 200 crore money-laundering case. Her intimate pictures with the conman leaked online creating a flutter on social media.

Will clear Shaheen Bagh in 1 hour, remove mosques in my Lok Sabha seat:...