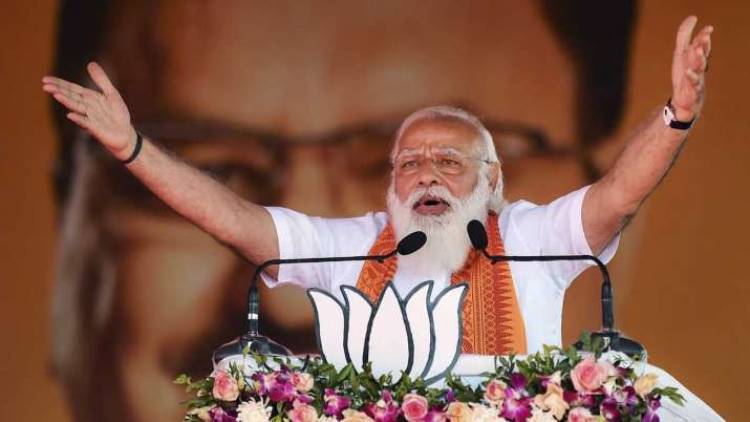 The Congress party is contesting the West Bengal assembly elections in alliance with the Left and ISF but is fighting the CPI-M in Kerala as the principal opposition party.

Bharatiya Janata Party (BJP) on Tuesday launched a scathing attack on the Congress over its tie-up with Indian Secular Front (ISF) of Muslim cleric Abbas Siddiqui for the upcoming Assembly polls in West Bengal. Party spokesperson Sambit Pata said that the grand old party has become irrelevant and that it is entering electoral pacts with parties like ISF to 'retain the Gandhi family's political relevance'.

"Today, the Congress depends on the alliance to maintain its relevance. One such alliance is being done by Rahul Gandhiji and his Congress party in Bengal. All the alliances that Congress has formed have not been done for any good performance, good reforms or good governance. These alliances were done only to somehow retain the Gandhi family's political relevance," Patra said.

"The Congress, which describes itself as secular, forms an alliance with the ISF in Bengal, it joins the Muslim League in Kerala and Badruddin's party in Assam," he added.

"It (the Congress) has no ideology. Its only ideology is corruption and nepotism and to come to power anyhow. Such alliances highlight the Congress' "double speak and utmost hypocrisy," he said.

The Congress is now all about four leaders, he alleged, referring to its president Sonia Gandhi, her son Rahul and daughter Priyanka Gandhi Vadra -- both party general secretaries -- and Priyanka's husband Robert Vadra.

The BJP leader said that there is no tolerance in the Congress as he referred to protests against its own party leader Ghulam Nabi Azad. He said that it is "saddening" to see senior leaders like Ghulam Nabi Azad and others being targeted. "Their only agenda is 'hate Modi'. It has grown to such an extent that Congress workers are protesting on the streets against their own leaders who have praised good works of Modi," he said, mocking Rahul Gandhi as an 'empty missile'.

Patra's attack came after a war of words between two senior Congress leaders -- Adhir Ranjan Chowdhury and Anand Sharma over alliance with ISF. The Congress party is contesting the West Bengal assembly elections in alliance with the Left and ISF but is fighting the CPI-M in Kerala as the principal opposition party.

1st T20I: Match between India-Sri Lanka called off due to damp pitch