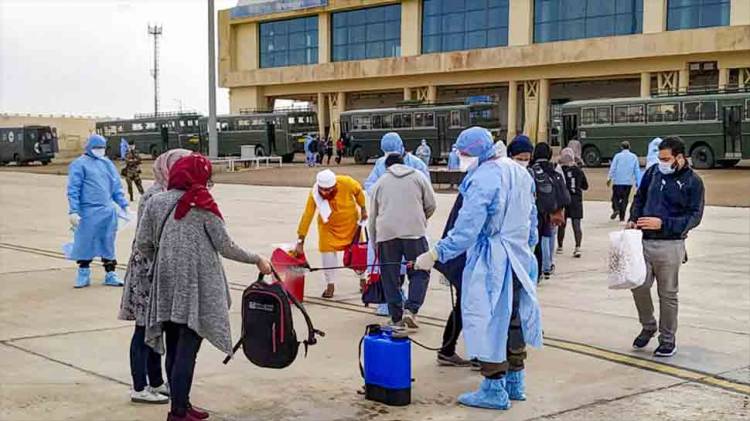 In the past few days, India has carried out several evacuations of Indians nationals from Iran.

New Delhi: The fourth batch of 53 Indians, who were stranded in Coronavirus-hit Iran has arrived in the country. Out of the 53 Indians, 52 are students and one is a teacher. With this, a total of 389 Indians have returned to India from Iran.

External Affairs Minister S Jaishankar on early Monday tweeted about the same and wrote, "Fourth batch of 53 Indians - 52 students and a teacher - has arrived from Tehran and Shiraz, #Iran. With this, a total of 389 Indians have returned to India from Iran. Thank the efforts of the team @India_in_Iran and Iranian authorities."

As many as 234 Indians who were among the people stranded in Iran amid the coronavirus outbreak have arrived in India, Jaishankar had said in the wee hours of Sunday.

In the past few days, India has carried out several evacuations of Indians nationals from Iran. The first batch consisting of 58 nationals were brought back in a C17 military transport aircraft on Tuesday followed by another evacuation of 44 individuals on Friday.

Iran is one of the worst coronavirus-hit countries, with the death toll at 724. Cases of the lethal infection is nearing 14,000, according to Al Jazeera.