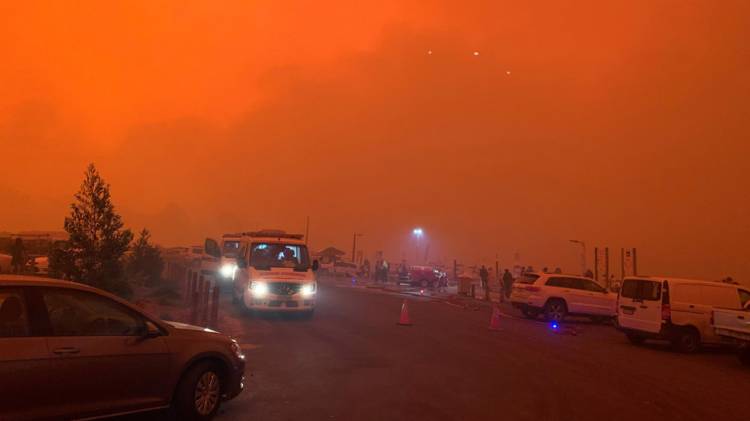 The Australian sports fraternity has come in unison in order to raise money to support people and communities across the country affected by the devastating bushfires.

The Australian sports fraternity has come in unison in order to raise money to support people and communities across the country affected by the devastating bushfires.

Bushfires are raging across Australia, with New South Wales and Victoria greatly affected, causing huge loss to life and property. There is also a "catastrophic" fire warning in Western Australia, while Tasmania and Queensland states have also been badly affected over the past several months.

During the inaugural ATP Cup tennis tournament which starts Friday, each ace served across the 10-day tournament at all three venues in Sydney, Brisbane and Perth will deliver A$100 to the Australian Red Cross bushfire disaster relief and recovery efforts.

With more than 1,500 aces expected to be served by singles and doubles players across both the group rounds and Final Eight in Sydney, the ATP Cup contribution is expected to exceed A$150,000.

Some players have also started to get involved individually, with Alex de Minaur, Nick Kyrgios, John Millman, John Peers and Sam Stosur all pledging personal donations for every ace they serve.

On Thursday, Kyrgios pledged to donate A$200 for every ace he serves over the next month, and de Minaur, Millman, Peers and Stosur all followed suit with similar promises.

Meanwhile, cricketers participating in the ongoing ninth edition of the Big Bash League (BBL) have also pledged to raise money by donating to the bushfire appeal in Australia for every six they hit this season.

Chris Lynn, Glenn Maxwell and D'Arcy Short will each donate A$250 towards the Red Cross Bushfire Appeal for every six they hit in the BBL.

In the A-League, Melbourne Victory, Melbourne City and Western United have come together to support the bushfire disaster appeal. For every ticket sold at this weekend's round 13 matches in Melbourne, A$2 will be donated, reports The Guardian.

NBL star LaMelo Ball has pledged to donate one month of his salary to help victims of the devastating fires.

The Australian and New Zealand cricket teams, currently involved in the Test match in Sydney, also paid tributes to the firefighters battling catastrophic firestorms around the country. The crowd at the Sydney Cricket Ground (SCG) rose to its feet to join both the teams in a minute of applause to honour the volunteer firefighters before the start of play.

Australia's ODI series against New Zealand in March will be used to raise funds for bushfire ravaged towns. Cricket Australia has confirmed that money raised from the two matches at the SCG would go to the Red Cross.