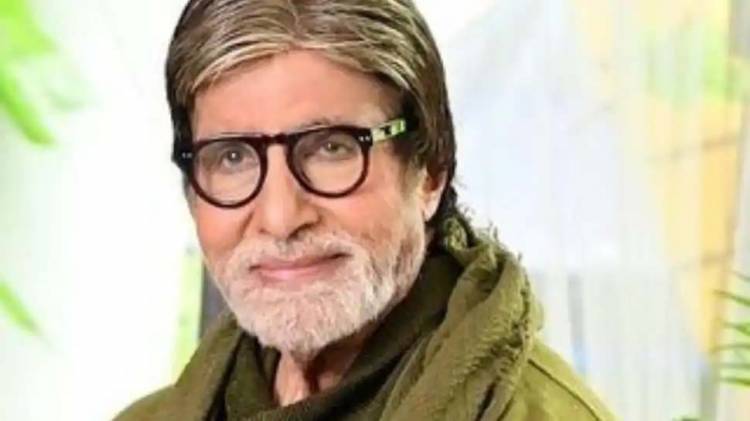 New Delhi: Superstar Amitabh Bachchan is an avid social media user and often likes to share his thoughts and stay connected to his fans through the medium. However, the megastar was subjected to merciless trolling on Sunday, when he wrote a Good Morning message at around 11.30 am on his Facebook page. While many poked fun of his status in a good jocular spirit, the actor was also subjected to comments that were filled with malice and were plain hateful and disrespectful.

One user sarcastically commented on Big B’s status in Hindi, “Don’t you think you wished good morning too soon?”. To which the superstar replied, “Grateful for the taunt. Was working the whole night and woke up late so sent wishes. I am sorry if you felt hurt.” 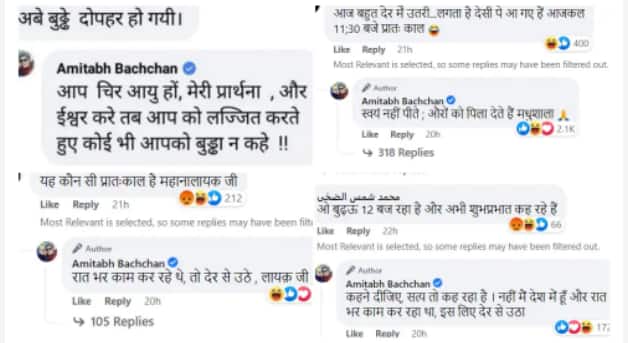 Apart from this user, Amitabh also addressed a bunch of disrespectful comments. One of them read, "Abe buddhe dopahar ho gayi (It's noon old man)." The actor responded with dignity and wrote, "I pray that you have a long age but no one insults you by calling you a 'buddha' then)." Another Facebook user referred to him as 'budhau (old man),'. To this the superstar’s fans came to his defence and suggested that he might be in a different time zone. Responding to the comments of his supporters, Amitabh wrote, "Let him say, he is telling the truth. No I am in the country only. I was working all night so woke up late."

Another troller suggested that the ‘Sholay’ actor was under the influence of local liquor. “Aaj bahot der mein utri. Lagta hai desi pi aa gaye hain. Aajkal 11:30 baje pratahkaal (it looks like he had local liquor that he had a morning at 11:30 am)." Amitabh personally responded to this comment too and wrote that he doesn't drink himself, though he entertains others with it.

On the work front, Amitabh will next be seen in Ayan Mukerji’s magnum opus ‘Brahamastra’ that also stars Ranbir Kapoor and Alia Bhatt. He will also feature in the Hindi remake of ‘The Intern’ alongside Deepika Padukone. The superstar is also part of Tamil film ‘Uyarndha Manithan’, Kannada film ‘Butterfly’.

Agnipath jobs scheme: Do you want to become an 'Agniveer'? All about Armed...

Delhi schools to reopen from Feb 7, night curfew to continue

India 'willing' to engage with Pakistan on expanding list of shrines for...